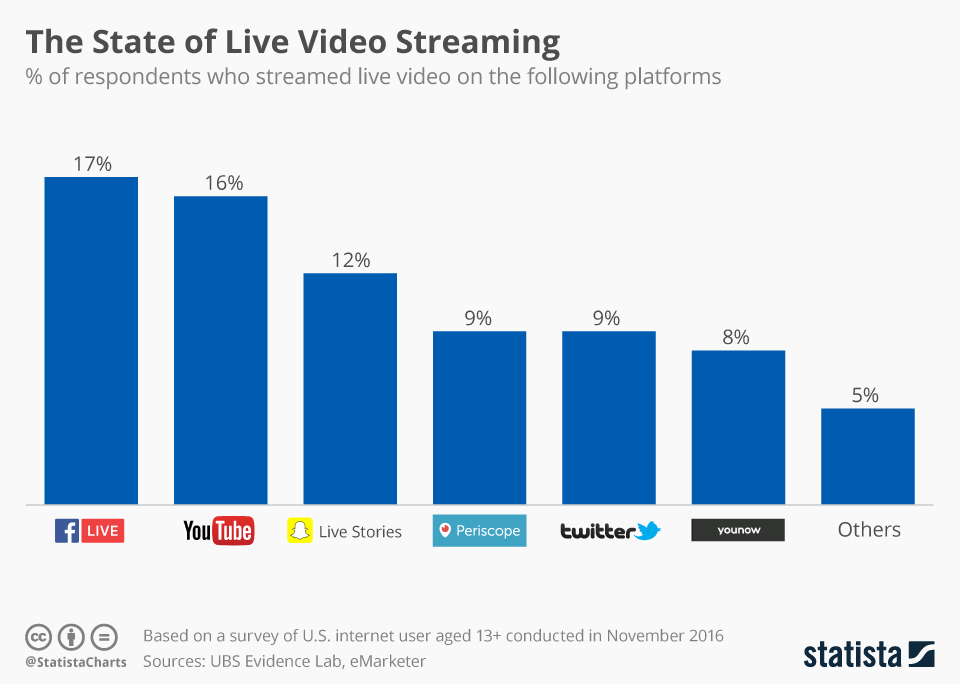 An interesting look at where live streaming is being consumed. Facebook makes sense as the leader. More people use Facebook than YouTube. And by that, I mean we consume a lot on YouTube, most of its traffic is viewing videos, not creating. I think that most companies and influencers have a big enough audience that they can stream anywhere and their followers will…follow. For the average person, though, their Facebook friend list is probably their largest following, so it makes sense to stream there. Even though Facebook live is just as easy as going live to Twitter, Periscope or YouTube. Facebook has taken over that aspect of video (and much of the social sphere). It’s become the go-to platform for most people.

You will find more statistics at Statista

Another note, I’d of thought Instagram would at least make the chart, but it’s live functions are only two and half months old. I think that they have the potential to move into third place, maybe even second. I plan on keeping an eye out for updated numbers for Q2 of this year.